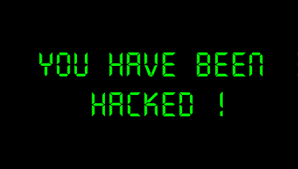 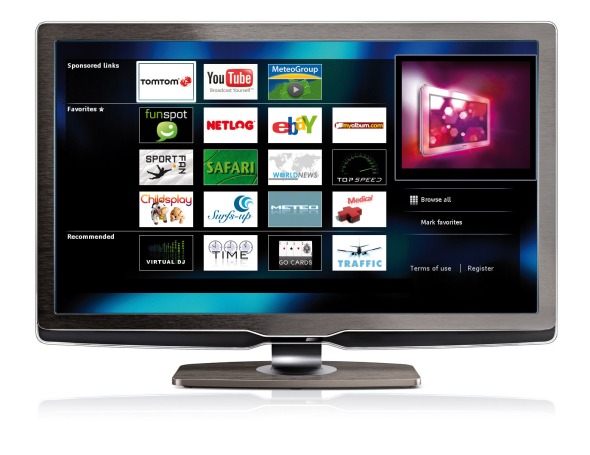 For a long time it has been possible to connect your computer to your TV using a variety of cables or, more commonly these days, via some kind of wireless connector. This is great, you can watch films you’ve downloaded off the internet without the hassle of burning them to a DVD or you can, of course, play your favourite computer games on a glorious 42 inch high definition screen – you can even play them in 3D. What you haven’t been able to do is watch one of your favourite websites, for instance YouTube, on your TV.

The advantages of being able to view the web on your TV are considerable. For starters, forget Freeview with its measly 50 channels, there are around 2400 free internet TV channels available, though admittedly many of them are foreign language or of limited appeal. If you want some higher quality TV output, you have all the more popular recent TV programs available through the likes of iPlayer, Four OD and ITV player. This frees you from the shackles of TV schedules and allows you to watch whatever you want at a time that suits you – the latest edition of Top Gear at four in the morning? Not a problem! You don’t even have to remember to set your recorder.

Then there’s the ubiquitous YouTube. Even if you subscribe to the appropriate Sky TV package and have 7 or 8 music channels available, you still have to watch whatever videos or interviews Sky are choosing to broadcast at the time. There is now a Sky channel available that allows you to choose from several thousand music videos and stream whatever you want to watch but it costs £4.99 per month. Compare this to YouTube where you can watch virtually any music video ever made, people filming themselves doing ludicrous things and much more besides completely free. All the online movie rental outfits such as Love Film now offer video streaming services so you can watch whatever film you choose without having to wait for the DVD to turn up in the post.

The big TV manufacturers are now offering internet ready models and these are starting to pick up a fair chunk of market share. However, the path they have gone down is to set up partnerships with the giant websites rather than simply make the whole of the internet available through your TV. Hence, a Sony Bravia IRTV will provide access to iPlayer, YouTube, Love Film and Sony’s in-house video channel. If you haven’t got an IRTV, you can achieve the same result using a PS3.

But what if you just want to view whatever is on your computer on your TV screen? The best device I have found is a Veebeam which retails for £99. This connects your PC or laptop wirelessly with the TV and operates in two modes. In desktop mode you just see whatever is on your computer screen. As well as all the advantages I’ve described above, this is also very handy for giving presentations at a venue where the only facility available is a television set. In play-to mode you can play a downloaded film from your computer in HD quality while still continuing to work on the laptop at the same time – handy when working from home and trying to keep the kids entertained.

There is an increasing concern about the convergence of TV sets and the internet. The main worry is children being exposed to adult material while just watching TV in the living room. The government is trying to introduce legislation where you have to actively opt in to view adult content rather than using parental controls to screen it out. I think this makes a lot of sense but, in the meantime, with a Veebeam the parental controls you’ve set up on your laptop also apply to your TV.

It used to be the case that as long as you had Wifi at home and in the office, that was adequate for most people’s needs. Only really dedicated business types expected to be able to work whenever they sat in one place for longer than a few minutes. Very few people took the trouble to cart around a laptop everywhere they went. This has all changed, now so many of us have an extremely compact computer tucked in our pocket in the form of a Smartphone. Increasingly, many have a tablet computer such as an iPad somewhere around their person and the whole point about such devices is that, if they’re not connected to the internet, they’re not much use.

Of course, Smartphones can access the internet via the 3G network but this is decidedly slow; only the other week I was trying to cheat at the pub quiz and I had to hand the answer sheet in before I’d even managed to Google the first question. Luckily, help is at hand in the form of a proliferating network of Wifi hotspots. But how do they work and how can you make use of them?

A Wifi hotspot is anywhere that’s in range of a wireless router, normally about 90 meters if you are outdoors. If you’ve seen the recent BT adverts you’ll know that BT Openzone customers can enjoy access to over 2 million wireless hotspots around theUK. Given that BT only has a network of 4000 wireless transmitters, mainly located in city centres, this seems like a tall order, but it is genuinely the case.

This is how it works. Millions of people have BT wireless routers that are protected by a firewall so that only they can use them. By signing up with BT Openzone you open up access to your router to anyone within range who has also signed up with BT Openzone. Don’t worry about security, the firewall is still in place and you are not giving access to your computer to any Tom, Dick or Harry who happens to be within range of your router. Anyone piggybacking off your router is only using a tiny fraction of the bandwidth so you shouldn’t notice any reduction in download speed either. The payback is that if you are within range of any other BT Openzone router, all 2 million of them, you have broadband internet access.

BT has also gone into partnership with O2 and TMobile so you can use their routers too, or if you have a Smartphone using either of those networks you can get broadband access via Openzone routers. You could also consider joining Fon, an international network that links over 3 million routers across the globe. You don’t have to be a customer of any particular ISP to use the Fon network, you just attach a small gadget that costs about £40 to your router and away you go.

Wireless hotspots aren’t perfect; you really need to be stationary, so you can’t use them on a train for instance, though you can hop from hotspot to hotspot in a car. Also, some routers have a very limited range; 802.11a routers have a range of only 30 metres outdoors or 15 metres indoors. The signal can also be impeded by brick walls, microwave ovens and a host of other things. You won’t find wireless hotspots in rural areas either, although most villages have a handful of them now.

All in all though, the revolution in wireless router sharing can only be a good thing and moves us one step closer to a world where broadband is available to everyone pretty much everywhere. It also demonstrates that even giant telecom providers can co-operate in the interests of their customers.